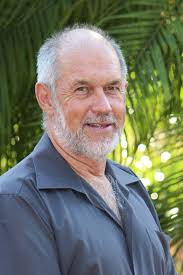 WALGA State Councillors Cr Karen Chappel and Cr Chris Mitchell were each awarded Life Membership; Cr Chappel being recognised in particular for her dedication to mentoring across the sector and Cr Mitchell for his advocacy both for his region and in the area of emergency management.

WALGA President Cr Lynne Craigie congratulated Award recipients for their contributions to the sector and their individual local communities.

“Our local communities rely on visionary leaders, and reliable, trustworthy elected representatives to ensure everyone has access to the best opportunities and facilities, regardless of location or the size of our towns and cities,” Cr Craigie said.

“Cr Chappel’s dedication to assisting other Elected Members across the State to develop their own leadership skills, despite her extensive commitments in her home town in the Mid-West, is simply outstanding.

“Cr Mitchell has been a strong advocate for Broome and the Kimberley region, as well as displaying passion and dedication for emergency management and health care services.

“These awards acknowledge the efforts of some extraordinary individuals within the Local Government sector, many of whom have dedicated a large part of their lives to serving the community.

“All of our Honours Awards recipients have made their mark in their own special way and I congratulate each of them for their efforts and their selfless dedication to improving the lives of others.”

The City of Joondalup was presented with an award for their strong commitment to collaboration and community involvement in ANZAC Day events, hosting the second largest ANZAC Day dawn service event in the metropolitan area after the Kings Park service.

Cr Craigie said WALGA was delighted to continue their support for the joint award with RSLWA, stating Local Governments and local RSL sub branches have strong ties in collaborating on activities and events.

“The entrants to this award were varied but all highlighted the significant role local celebrations play in commemorating ANZAC Day and in keeping the ANZAC spirit alive across communities in WA,” she said.

Three Local Governments were recognised with Most Accessible Community awards for their awareness in creating a universal-access environment, sponsored by WA Regional Capitals Alliance:

A further eight Local Governments and one Regional Council were awarded ‘3 Steps to Safety’ Awards by LGIS: