Over 1,000 cruise industry delegates from 34 countries participated in the conference that highlighted issues facing the regional cruise market; with an optimistic outlook for the Chinese market as more and bigger new ships are planned to be deployed in 2020 and 2021.

The objectives of attending the event are:

The final day of the conference program consisted of sessions covering: regional cruising, Asia-Pacific Source Markets, and Innovation in Cruising and CLIA Australasia provided Travel Agent Training session to an audience of 100 travel agents. Two key announcements were made; Royal Caribbean International President/CEO Michael Bayley revealed that the first Oasis-class ship due to arrive in Shanghai in mid-2021 will be named ‘Wonder of the Seas’; Genting Cruise Lines’ new build ‘Global Dream’ is coming to China in 2021 and will feature the first ever theme park at sea including the world’s longest rollercoaster on the ocean.

Shayne Murray, Cruise Broome and Christine Cole, Tourism WA were invited to be speakers and participate on a panel session ‘Asia-Pacific Source Markets – How are They Trending, What are the Issues, What is the Future?’ on the morning of Friday 11 October on the Main Stage. The session was carried out in parts: firstly the China market, second Taiwan, Singapore, Japan and Hong Kong, then Australia and New Zealand. Mr Murray and Ms Cole contributed to the conversation relating to the Australasia section. 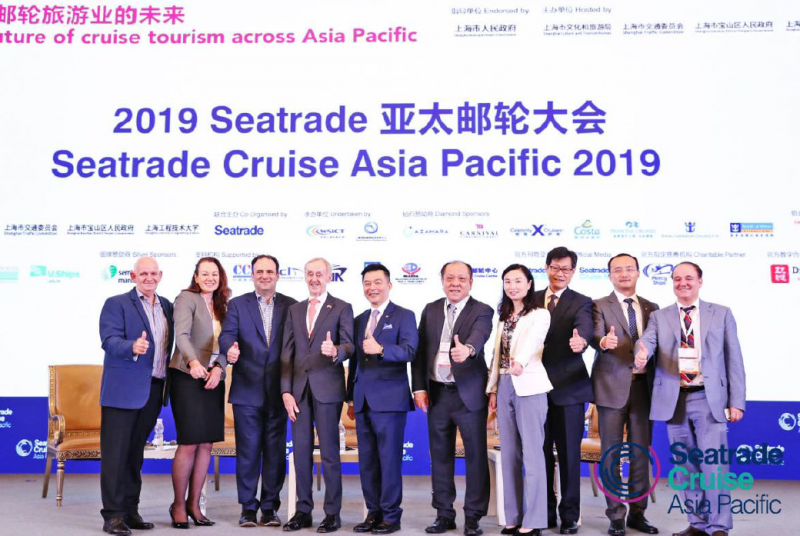 Mr Murray had the opportunity to speak about Infrastructure upgrades to the Port of Broome and what this means for the development of cruise shipping in Western Australia. Ms Cole was asked to speak about how Tourism WA has developed cruise shipping; from implementing the Strategic Plan to collaboration across the state with local cruise committees, supporting the Cruise WA Committee and being involved as active members of The Australian Cruise Association and CLIA.

Recent figures from Cruise Lines International Association’s (CLIA) 2019 Asia Cruise Deployment and Capacity Report show that this year will see a total of 1,917 sailings, and generate capacity for four million cruise passengers in Asia. Some 39 cruise brands are now active in Asian waters, deploying a total of 79 ships. This year’s total passenger capacity has reduced by 5.7 per cent year-on-year after several years of rapid expansion. The decline was mainly due to the reduction of short cruise itinerary options from China, however it was highlighted that the 13 million passenger days forecast in 2019 will result in more onshore visits from cruise guests. In terms of destinations, CLIA suggested that Asian passengers prefer to stay closer to home with 90 per cent of sailings taking place within Asia. Shorter sailings also remain the popular choice of Asians with an average sailing duration of 4.9 days – the lowest amongst source market regions in the world.
Opportunities for Western Australia

Tourism WA has consistently participated in this event over last seven years and recognise that the opportunity to add an Australian component to the conference next year and this will be made as a suggestion to the event owner; The Asia-Pacific cruise shipping market has the potential to develop itineraries that reach Western Australia, and especially Broome and the Kimberley coastal region.

The speakers at this conference reinforced that whilst there are more ships being deployed to China and other parts of Asia, there is a lack of new ports and destinations and this is a barrier to growing the sector. The Chinese source market in particular has a low rate of repeat cruisers and new destinations are needed to stimulate interest.

With a propensity for fly/cruise there is potential for more Asian guests to fly/cruise in Australia, and therefore cruise lines could add Western Australia to their list of new destinations, itineraries and deployments.